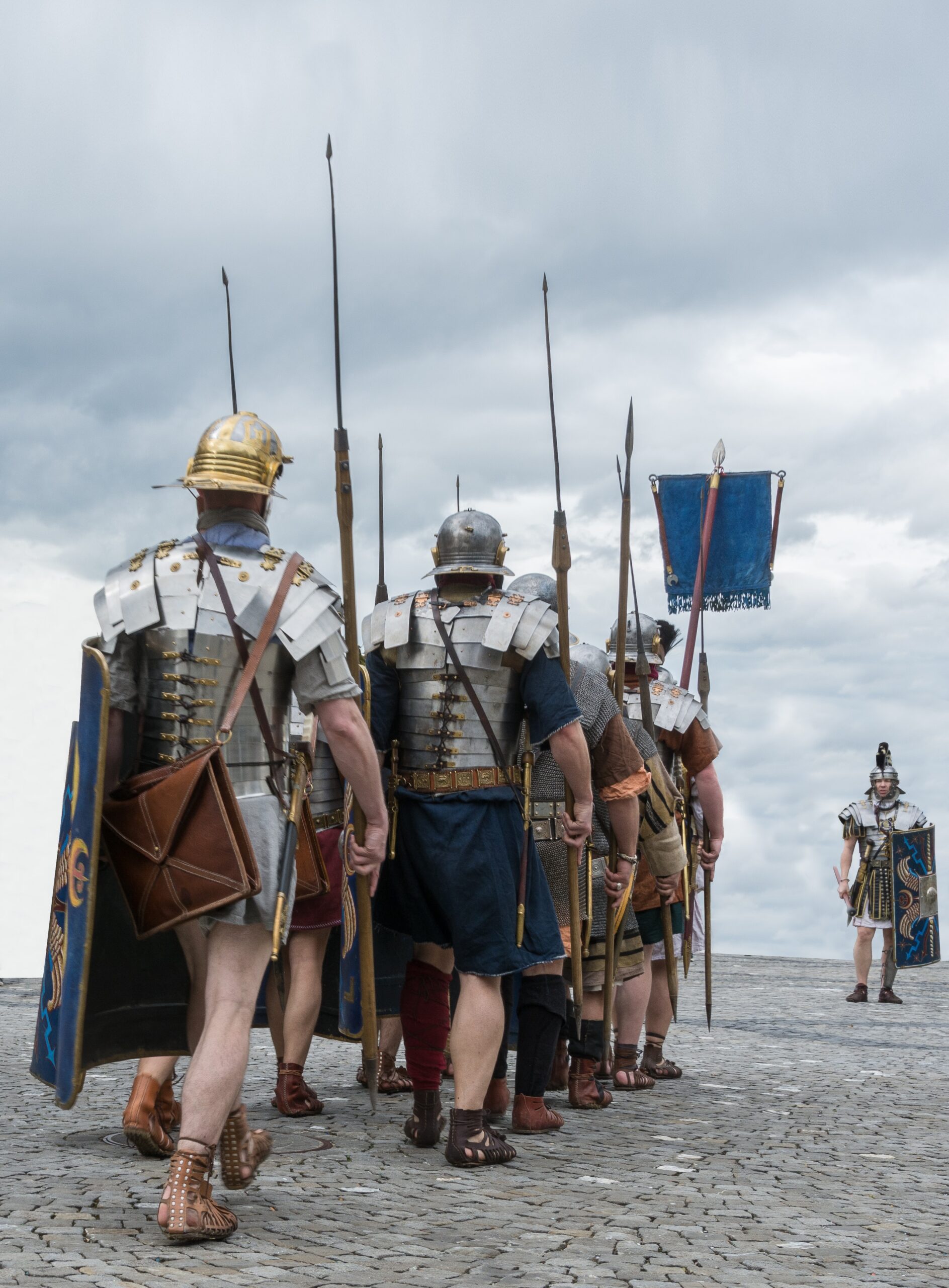 God’s equipment for spiritual battle is described in the book of Ephesians 6:10-18. And is most commonly known among Christians as Putting On the Armor of God.

It represents God’s protection for Christ-followers when fighting spiritual battles. In part one, I talked about the first three pieces of armor. Here are the other pieces.

The Roman shield was large enough to cover the entire body. It was made of wood and bound together at the top and bottom with metal bands. And when dipped in water, could extinguish flaming arrows from the enemy.

What are those fiery darts Paul describes in v.16?

The possibilities are endless and different for all of us. But probably best represented by the areas where you are most vulnerable to attack.

Perhaps the doubt, fear, or discouragement the enemy jabs at you. A bad habit you can’t conquer. The lies he whispers in your ear about yourself. Or hurtful words hurled at you by someone else.

Faith is your vote of confidence in God. Where you remind yourself you are covered by God’s grace. Secure in the grip of His love and the assurance He has your back. And that you are destined for His eternal presence.

God’s equipment for spiritual battle includes the helmet of salvation

Satan tries to get into your head. Mess with your mind. Psych you out. He knows if you are saved through Jesus Christ, he can’t pluck you out of God’s hand. Your eternal destiny is secure. So his strategy is to confuse you. Confound you. And drag you down through sin so you’re ineffective for God’s Kingdom.

But knowing your salvation is secure gives you confidence in your fight. Because even though you are still a sinner, and will continue to sin, God’s power helps you resist temptations. And win some of those sin battles too.

In other words, the helmet of salvation is eternal, but also saves you from the power of sin in this life. And encourages you to press on in the fight.

The Bible is God’s word. His truth. And final authority on all subject matter related to this life. God promises it won’t return to him void.

It is your one offensive weapon in spiritual battles. And it’s impossible for Satan to refute. But be warned. He also knows it well and will twist its meaning to serve his purpose. Satan’s allies will do the same.

But it was the authority Jesus turned to when he was tempted by Satan. And King David kept close for use in his own spiritual battles.

Because God’s word penetrates to the soul. Judges the heart. And reveals God’s love and purpose for mankind. Rather than fight in the power of human reasoning, it equips you with the truth and wisdom of God.

Study it. Seek to know it. And memorize it. Because it is THE ANSWER, when you don’t have an answer.

Prayer is not equipment but is critical in spiritual warfare

Prayer may not be equipment, but it is a valuable weapon in spiritual battles. Because it aligns you with the will of God. Activates His power. And keeps you in His safeguarding presence.

More than simply regular habit. It should be a constant conversation with your eternal, loving Father.

Your direct source to God for His strength in the fight. 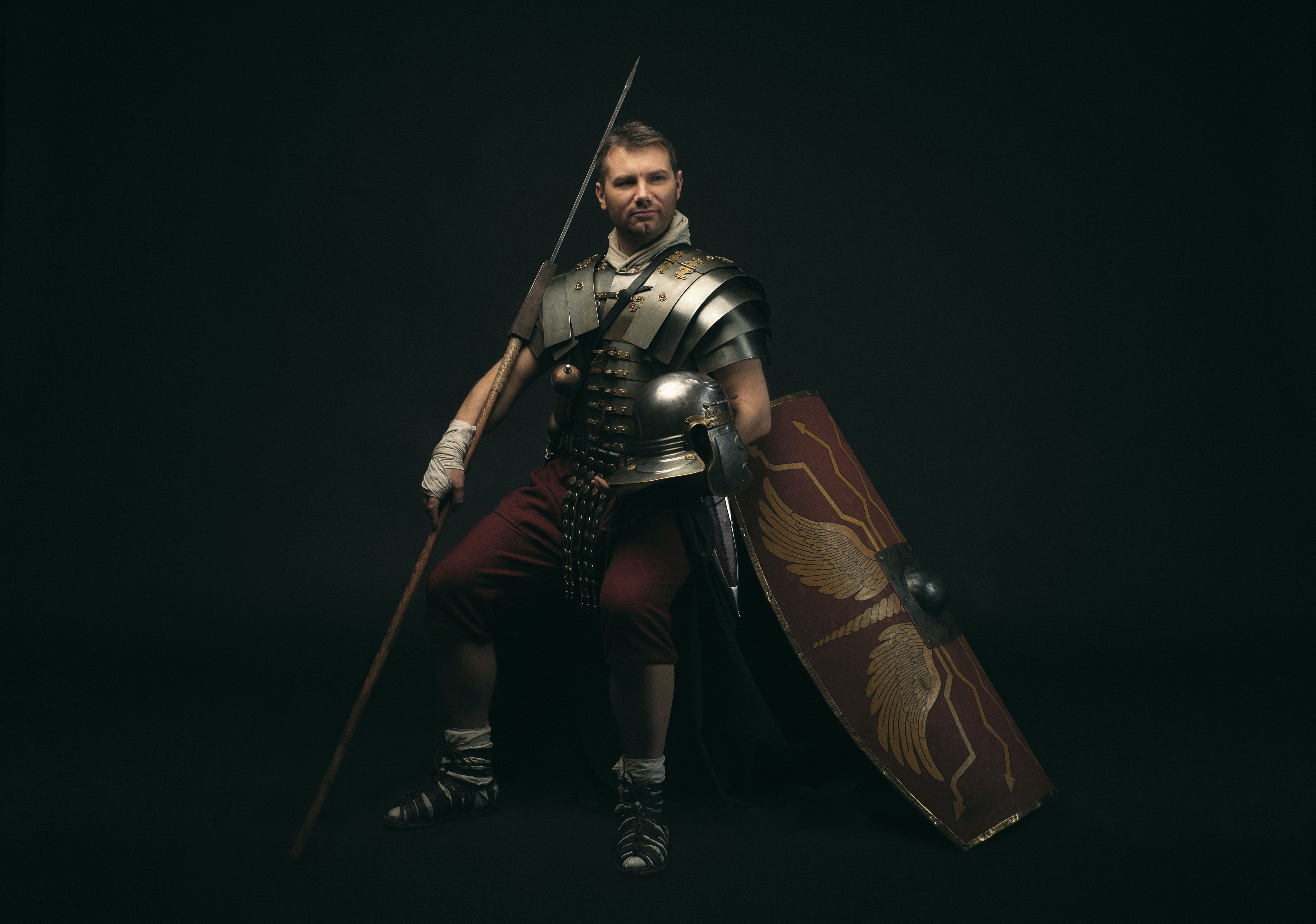 God’s equipment for spiritual battle is described in the Bible book of Ephesians 6:10-18. It reminds Christ-followers of a real, spiritual enemy. And describes the spiritual armor God provides for battle when he attacks.

Paul begins in V.10 by urging Christ-followers to Be Strong in the Lord. Although, a more literal translation is Be strengthened in the Lord.

In other words, you don’t fight alone! God’s Spirit is with you, empowering you in the fight.

Scholars say Paul wrote Ephesians while imprisoned in Rome and likely chained to a Roman soldier, which explains where the analogy comes from. And the first piece of God’s equipment for spiritual battle he describes is the belt of truth.

The RSV Bible translates it having girded your loins with truth gives a better picture of Paul’s meaning. Because common clothing of the day featured flowing robes that had to be gathered up to engage in physical activity. In essence, Paul tells Christ-followers to prepare yourself. Gather up your clothes and tighten on the belt of truth to hold them in place so you’re ready to fight.

But what kind of truth?

The Greek word aletheia, means a reality that is firm, solid, and true. And in this context suggests individual character and integrity.

It represents your core. And where you find balance. Although it’s not your own truth, but is based on God’s truth. Trusting His absolute integrity. And a willingness to stand firm and fight for it.

Imputed righteousness is an important Christian doctrine. That we’re all sinners, but the perfect righteousness of Jesus is imputed to you when you accept him as Savior and Lord.

And yet, you’re called to strive for righteousness. Imitate the life of Jesus. And demonstrate upright character by living according to God’s law.

However, the emphasis is not on how well you attain personal righteousness, but your devotion to God’s law. And this involves balance. By accepting God’s grace of salvation, knowing you can’t achieve perfect righteousness, but still striving for a life that honors God.

This means guarding your heart by diligently controlling what you let enter and stay. And exercising healthy, spiritual practices that include regularly consuming the Word of God.

It seems strange that in the middle of a fight, Paul talks about peace. We’re supposed to witness in the middle of combat? And yet, it’s clearly an important part of our mission. After all, sharing the gospel message was in Jesus’ last instructions before ascending to heaven.

Because Jesus is the only path to peace with God. And the hope Peter encourages Christ-followers to readily share.

However, the Greek noun hetoimasia, also means preparation in the sense of a prepared foundation. In other words, the gospel provides a sense of peace that presents firm footing in the battle.

In either case, the gospel of peace is part of God’s protective equipment when the enemy attacks. 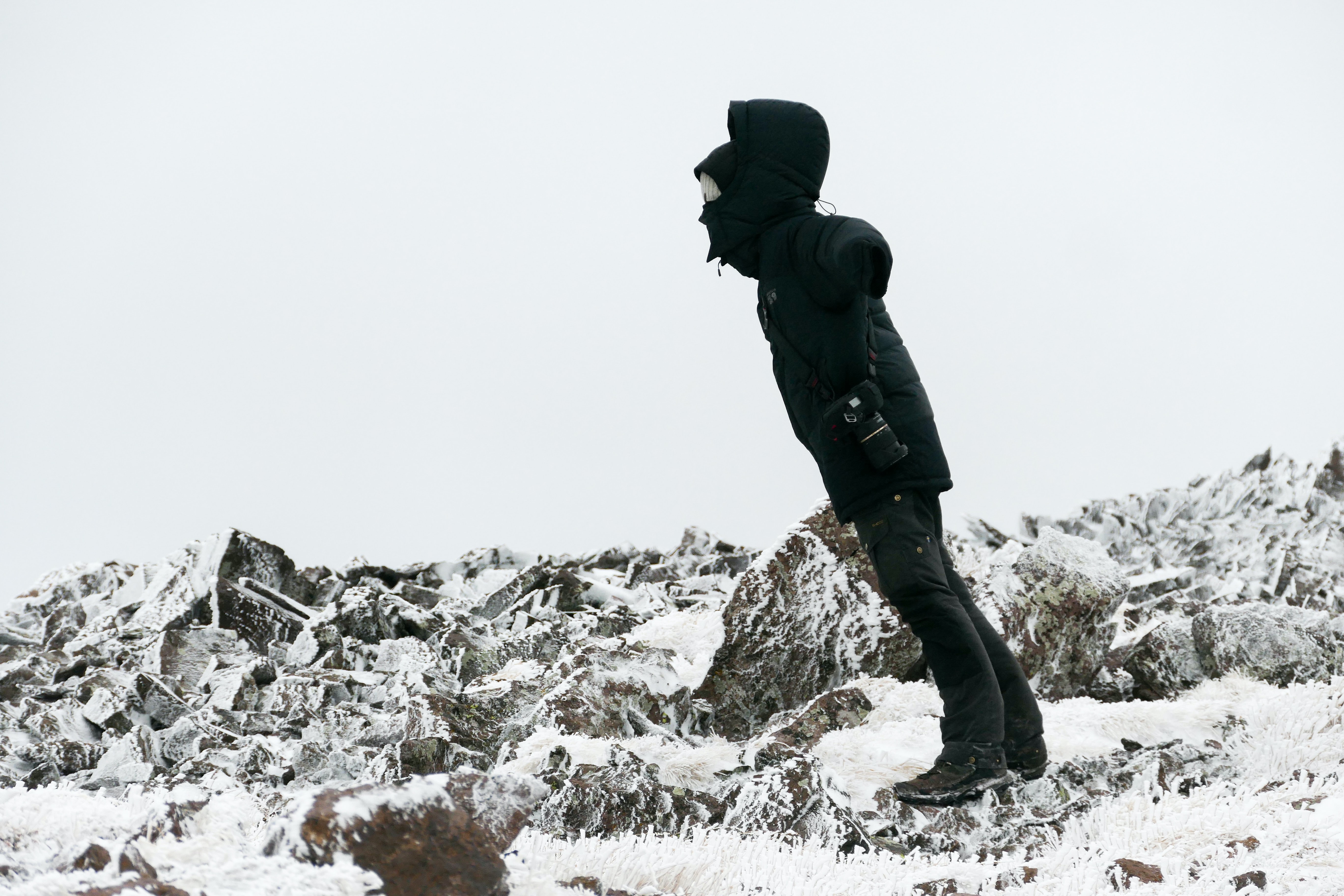 Which Direction Is Your Spiritual Life Tilting?

What direction is your spiritual life tilting? Because more than likely, it’s leaning one direction or another.

Sure. It’s nice to think your spiritual life is like a rocket shooting straight up to heaven. It just never seems to work out that way.

On two days of the first week in March, it snowed in Dayton, Ohio. I looked outside at the white blanket covering the landscape and thought this isn’t supposed to be happening. It’s March. The official start of spring is only a few weeks away.

It had been a cold winter and I longed for warmth. So I reminded myself that despite the look of winter, spring was on the way.

Temperatures would rise. Flowers and greenery bloom. Yard work begin. Okay, perhaps I could tone down the enthusiasm just a bit.

The point is, time marches on and the engagement of a well-established, physical law inevitable…

The northern hemisphere of earth warms as it tilts toward the sun. I learned this in 6th grade science.

Amazing I remember that lesson from decades ago, but clueless on where I put my cell phone last night.

One of life’s great paradoxes.

There’s a parallel, spiritual law at work too. It explains why your spiritual life lacks power. Your faith feels cold. And God’s voice sounds distant.

It’s A Spiritual Life Tilting Away From The Son

So what are the signs this spiritual life tilting phenomenon is occurring?

Well, I can’t speak for you, but for me, when I tilt away from God my spiritual life takes on a passive, motionless posture. I tend to become a spiritual spectator. Waiting on, expecting God to act. A petulant child demanding my Father to deliver.

Worship becomes a feel-good sensation that lasts a few hours, rather than a dynamic, personal connection with a living God that empowers me throughout the week.

Why is this an indicator of spiritual life tilting?

Because God is never passive. He’s always active. Always. So if he’s not active in my life then it’s not His problem. It’s mine.

What I’ve learned is that the Kingdom of God doesn’t come TO me, it comes THROUGH me. And tilting towards Him is the warming trend that initiates the process.

It begins in my spiritual disciplines. We say it all the time at church.

Spend time in His Word… In prayer…

In applying what His word says.

Okay, so I’m not always sure where and how God is working. That’s part of the faith journey. But when I spiritually tilt toward Him, I sense the warmth of His presence. Assurance of His love. And confidence that His ultimate plan and purpose will unfold. And that too, is inevitable.

So if your faith feels cold. God is remote. And you’re trudging along on a treadmill of meaningless, spiritual activity. One small, intentional move could make a big difference.