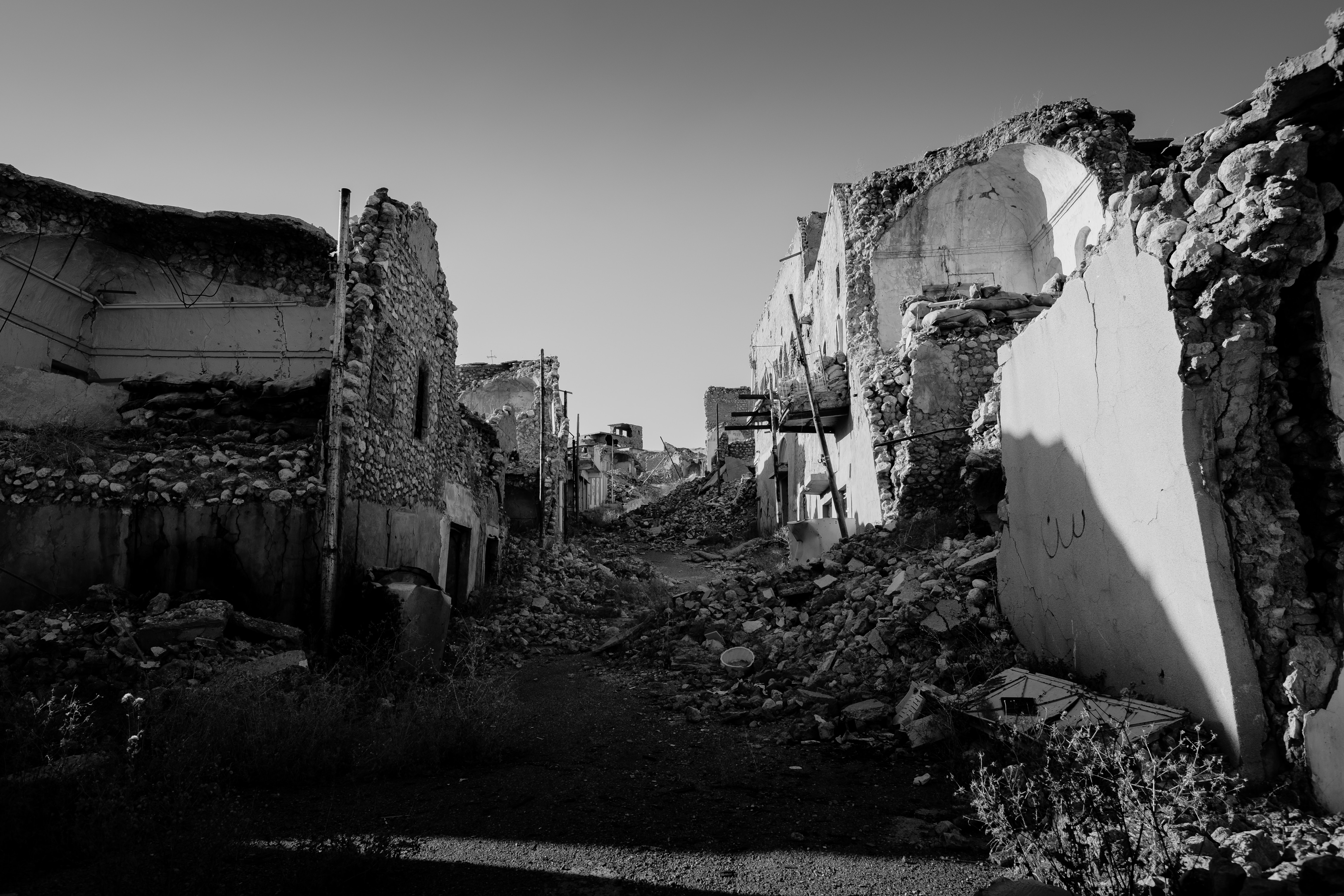 A consensus leading to moral truth has formed in America over the war in Ukraine. A unifying agreement that the war is evil. But reaching that consensus demands a moral truth. Here’s why.

A consensus leading to moral truth has formed in America over the war in Ukraine. A unifying agreement that the war is evil. But reaching that consensus demands a moral truth. Here’s why.

You can’t reach a consensus if truth is a moving target. And something subjective that we individually decide for ourselves. Because if that’s the case, then Putin gets his subjective opinion too. And how can we condemn him if he is pursuing his truth?

Therefore, truth demands an objective reality that everyone recognizes and agrees to.

This is where the Bible speaks with authority in a way that is consistent and explains how the world actually works. It clearly defines good and evil. Right and wrong. Justice and injustice.

Ironically, even Putin quoted scripture to rationalize his invasion. Although it was taken completely out of context.

The point is, you can’t move in and out of subjective and objective moral truth to suit an agenda. Because you’ll never find moral consistency. Certainly never reach a moral consensus.

And you’ll always struggle to explain what is hardwired in each of us. The existence of an objective, moral truth that defines right and wrong.

Moral truth must not only be objective, it must be absolute. A fixed, unwavering standard.

This again is where scripture provides a stable foundation. Beginning with the Ten Commandments that provide moral absolutes. But then include further scriptural teachings that tell us how to manage human relationships and live in harmony with one another.

Absolutes create boundaries. So you know when someone has invaded another’s territory. Both physically and morally.

Seems pretty obvious doesn’t it? Russia and Ukraine both have borders that should be mutually respected. And the Russian invasion into Ukraine demonstrates the stark reality of what happens when one does and the other doesn’t.

The same is true with moral boundaries. When you eliminate the ones you don’t like or erratically move them to suit your pleasure, it leads to chaos and moral confusion. Although you may not like or agree with certain absolutes, they are necessary for ordered society. When everyone decides what is right in their own eyes, it creates anarchy. And we’ve tasted a little of that too.

A consensus leading to moral truth demands a truth giver

An evolving truth doesn’t work. By it’s very definition, it keeps evolving into something else. And if you and I are both evolving, and are at different points in our evolution, it’s impossible to put a stake in the ground on truth. Let alone for millions of other evolving people.

And who gets to define this truth? You? Me? Most likely, whoever holds the power. And if we are all, admittedly, imperfect humans, how will there ever be equal law, justice and fairness?

God is unchangeable. So too, is his truth and law.

All of which Putin clearly violated by invading Ukraine. And the whole world agrees. Although we struggle to explain why because we’ve discarded absolutes and lack an adequate workaround answer.

But we know it when we see it. Putin’s invasion is morally wrong. And he is an evil actor. Which is why there is a consensus. And perhaps an unspoken, but at least in this case, a majority agreement on moral truth.

END_OF_DOCUMENT_TOKEN_TO_BE_REPLACED

Philippians 1:1-5 begins with a positive expression of joy and thanksgiving. Paul also discusses identity and encourages the Philippian church to continue growing in their faith. Philippians 1:1-5 discusses Christian servanthood Paul starts by identifying himself and...

END_OF_DOCUMENT_TOKEN_TO_BE_REPLACED

Background On The Book Of Philippians

END_OF_DOCUMENT_TOKEN_TO_BE_REPLACED

The fiction novel Finding Grace is a Christian Detective novel. It is the second book in my series that began with Soul Pursuit. The main character is Jack Sterling, a former Navy SEAL, who works as a private detective for Glenn Howard, a retired Brigadier General....