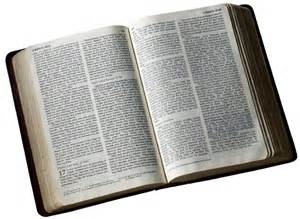 And that’s unfortunate, because I think it makes people reject Christianity without really understanding it or even opening a Bible to check it out for themselves.

You commonly see this idea expressed by athletes who are interviewed after spectacular game performances.

They’ll downplay their individual contribution like it was nothing special—even though you know it was—and instead, praise the total team effort.

Now I’m not second guessing every post-game interview or an athlete’s sincerity about teamwork. My point is that simply pretending to be humble is not Biblical humility.

It can actually represent false humility—a form of pride.

You see the Bible never discourages you from believing in yourself, expressing self-confidence or recognizing your natural abilities. God intends for you to enjoy and use them for His glory.

What scripture frowns on is when you take credit for them. Act like they inherently belong to you and make you superior to others. Pretending you don’t have them doesn’t fool anyone. It can be a thin cloak over a heart full of pride.

Biblical humility recognizes talents and abilities as gifts from God. Expresses thanksgiving for them. And uses them to honor God and advance His Kingdom.

Hollywood loves to portray Jesus as this frail, wimpy nice guy who let people walk all over him. It’s a common, cultural idea of meekness and humility.

But the Biblical idea of meekness is power under control. It’s the picture of a powerful stallion that willingly submits and responds to its rider. A more accurate picture of Jesus Christ.

He had access to awesome power, but controlled it. Not to advance his own agenda, but to carry out his mission in advancing the Kingdom of God.

So what does this say about humility for me as a Christ-follower?

Well, it might mean a check on my manhood and standing down from certain situations. And if the situation dictates otherwise, to exercise control.

Not because I’m afraid or unable to defend myself. Or perhaps, even because I’m wrong. But because Biblical humility is purposefully, missioned focused.

Biblical humility rejects a carefully managed self-image that always looks spectacular. Of course, we all maintain a protected front to some degree. I’m not suggesting that authenticity is completely unfiltered.

But Biblical humility admits your human imperfections. It recognizes and treats others like we’re all on an even playing field. No one is more or less than anyone else. Completely all together. Has it all figured out.

When you pretend on any of this, that’s all you’re doing…pretending. And everyone knows it.

And don’t suggest you’re not attractive, smart, talented and gifted. When you are.

Biblical humility allows for a healthy, self-image. It’s not thinking less of and lowering yourself. It’s thinking more about and lifting up others. Not just with your words, but with your actions.

It’s following the example of Jesus Christ. Controlled power that purposefully uses your gifts and talents to advance the Kingdom of God.