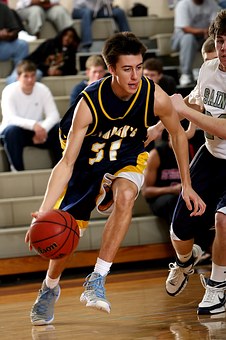 A Church intramural sports league is a great way to engage young men in your church. Here are three advantages an intramural league offers over an inter-church sports league.

The Difference Between an Inter-Church & Intramural Sports League

Let’s be clear on the difference between an inter-church and intramural league.

In an inter-church league, you form a team—like basketball, softball, volleyball, etc.—from within your church and compete against teams from other churches in your community.

The league is a joint effort among participating churches and is led by representatives from each church.

An intramural league is formed by creating teams from within your congregation. It offers three advantages over an inter-church league.

In an Inter-church league, you’ll engage 10 people on your basketball and volleyball team and around 15 for softball. And there’s competition on who makes the team roster and plays.

But in an intramural league, multiply 10 players per team times 4- 8 teams and you engage 40-80 people! So there’s room for everyone that wants to play.

The task of engaging that many people may even sound a bit daunting.

Although it takes work, it can be done. I explain how in my book How to Build a Church Intramural Sports League.

Competition releases the warrior side in men. Rather than discourage it, I plan for and even promote a competitive league environment. But it must be managed.

It’s difficult to exercise control over coaches and players from other churches in an inter-church league. But the players and coaches in an intramural league are your church members.

You recruit and direct the coaches, establish the direction and set expectations of behavior. And you’re the authority who enforces expectations and maintains accountability.

When different churches compete against one another, the “my church is better than your church” mentality is always present.

But in an intramural league, everyone is from the same church. You worship, pray, study and serve together.

We also strategically plan fellowship opportunities during and at the end of the season to promote unity.

Even though you play hard, and perhaps, become a little testy in the heat of competition, it’s easier to let it go after the game because there is a greater sense of unity.

So now that you understand the advantages of an intramural sports league and the potential for engaging men in church life, why not start building your league?

Chip Tudor is an author, playwright and pastor. He publishes drama at www.chiptudor.com, books on Amazon.com, and articles on his blog.