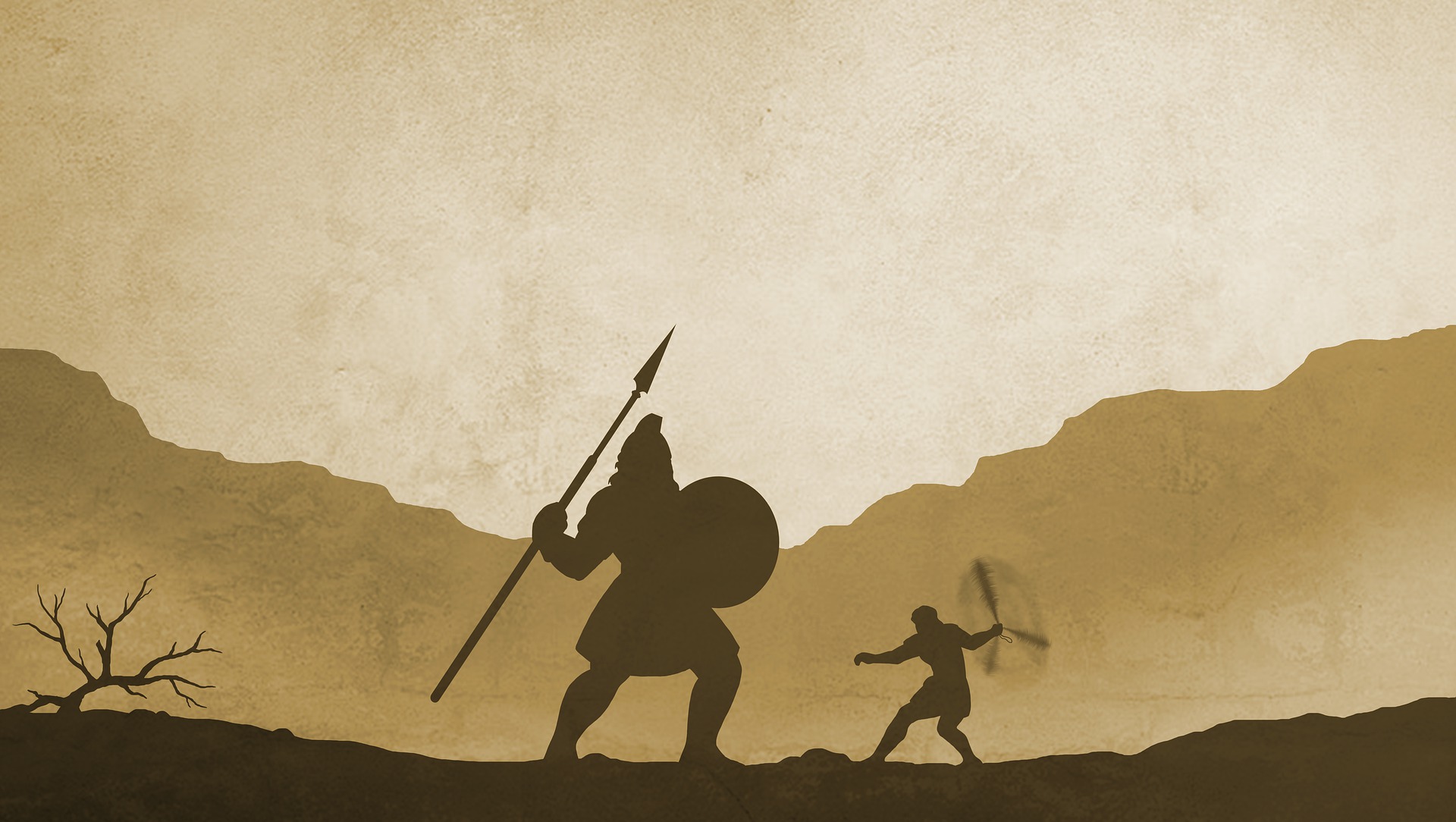 Lessons From The Bible Story Of David And Goliath

The Bible Story of David and Goliath is one of the most popular stories in the scriptures. Because we naturally root for the underdog. But the story offers spiritual lessons too. Here are three of them.

It seems like common sense, right? Focus on what you do best. Maximize your strengths. But it’s easy to lose sight of this. Pursue the latest trend, coolest technology or fashionable idea. Even when you’re not properly trained in how to effectively use them.

So what ability are you overlooking? What skill are you underestimating?

Even though King Saul gave David the latest in military equipment, David used what he was most familiar with it. It seemed woefully inadequate against the modern equipment Goliath had, but let David perform his best. And ultimately led to his success.

Goliath laughed at David. Mocked him. And David responded with a head shot that rocked his world.

On a human level, the story is a clear mismatch. Goliath was a massive soldier in his prime. A confident, war veteran. Well equipped and combat proven.

David was barely a teenager. A sheep herder. But not completely without skill. He was good at his job. Which included killing a lion and a bear. So he had reason for confidence. Yet was still, woefully outgunned.

But that’s the thing. It’s not simply a human level story. And David’s real confidence was not in himself, but in his God. The key to this battle was neither his weapons or skill. It was calling on the name of his Almighty God.

Calling on the name of God assumes a sense of dependence. It requires submission and faith. And recognizes that God is sovereign. Which means there’s no guarantee of earthly success. Because some heavenly victories are won on the other side of this life.

But calling on the name of God engages the power of God. For the Kingdom of God. And puts you on the right side of eternity.

God used David to defeat Goliath and deliver Israel from their Philistine enemies. Like He used Moses to deliver Israel out of Egypt. Delivered Daniel from the lion’s den. Along with many other stories of spiritual liberation.

Throughout history, and even today, God uses His followers to accomplish His will. To use their gifts and talents to advance His Kingdom. By calling on the power of His name.

In the ultimate battle for the souls of mankind. To deliver this world from the bondage of sin through the sacrificial death of David’s most well-known descendant–Jesus Christ. Who offers eternal deliverance.