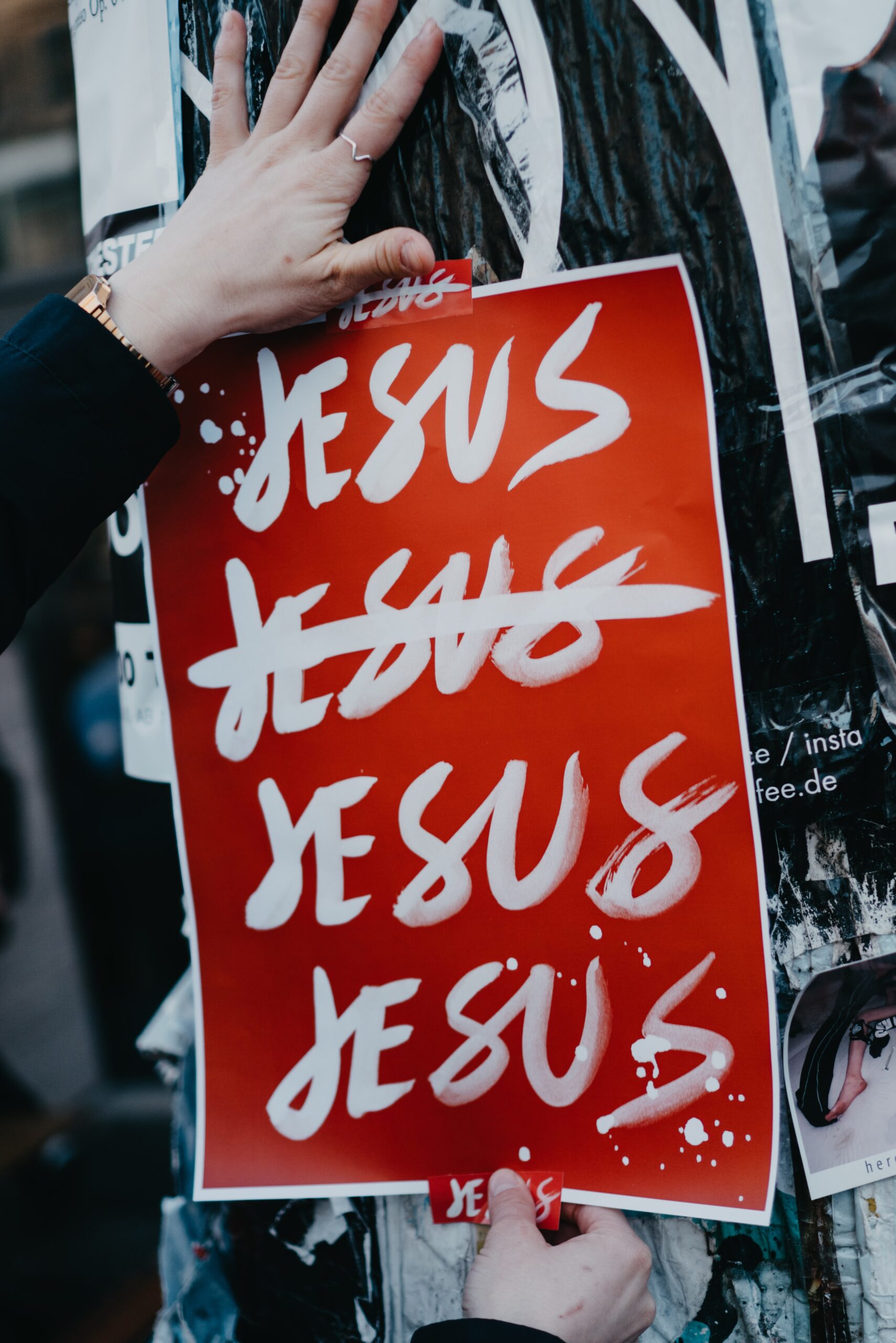 Two Cultural Lies That Cause Men To Reject Jesus Christ

There are two cultural lies about Jesus Christ that cause men to reject him. I’m sure there are other reasons too.

But these two drive deep into the masculine heart. So here’s what they are and why you can reject these lies rather than Jesus.

Men Reject Jesus Christ Because They Think He’s a Wimp

I don’t hear men say this. Probably if anyone did, indignant voices would protest in political correctness. Even from those who personally could care less about Jesus and Christianity. Which is exactly the point. That’s what I sense from many men.

They could care less about him.

If you want to follow Jesus, well good for you. But he’s not a guy that I relate to as a man or consider relevant. They don’t hate Jesus. They’re simply indifferent.

And this wimpy image of Jesus is consistently promoted by pictures and movie characters. He’s commonly a delicate-looking, pacifist with long hair and soft features wearing long, flowing robes.

And actors portray him as solemn and benign, with the personality of a paper doll. Like a nice guy that wanders in benevolent aimlessness, performing good deeds, but with no real drive or purpose.

Honestly? That image of Jesus doesn’t appeal to me either. And it’s unfortunate.

Because when you look at Jesus through the lens of scripture and you see a much different picture.

Jesus was a Carpenter

A first century carpenter was nothing like carpenters today. No cool leather tool belts, pneumatic nail guns and smoothly milled two by fours. Scholars suggest they probably worked more with stone than lumber. Because rock was an more abundant resource than trees.

Turn the other cheek?

Yes, Jesus said that. But the context was an insulting face slap. Restraining yourself when someone goads you. Holding back from hauling off and throwing a punch back. Someone threatening or intentionally trying to harm you is a different matter.

Also, in his personal interactions, Jesus never cowered before, or was intimidated by anyone. Not the religious leaders of his day, the High Priest at his mock trial, or the Roman governor, Pontius Pilate that ultimately gave the nod for his crucifixion. Jesus held back for a reason. He was fulfilling God’s plan. Not because he was a coward or weak.

A Man of Power, Purpose and Action

Jesus, the carpenter, was the only one NOT terrified in a boat with career fisherman, on a sea, in the middle of a raging storm. In fact, he stood and authoritatively commanded the storm to cease…and it did. Now that’s power.

Jesus in scripture had a very specific, intentional purpose that he successfully accomplished. You can reject it…and a majority of men do…but the message and mission are clear when you read scripture.

There’s something far more compelling and real about Jesus than the popular stereotype portrays.

The Greek word actually means, power under control. Picture in your mind a powerful stallion controlled by its rider.

Furthermore, Jesus had ultimate power at his fingertips. But he controlled it. He submitted (not a term we like) himself to the will of His Heavenly Father.

As a result, he accepted crucifixion. Because it was part of the divine plan. The most tortuous, brutal form of execution ever devised. How many men today could do that…without ever breaking down into a whimpering mess? Jesus did.

I’ve heard people say it: Christianity is a crutch. Real men stand on their. They don’t need help. And there are role models to prove it.

Frank Sinatra crooned I Did it My Way. Buford Pusser walked tall and carried a big stick. Martial arts expert Steven Seagal laid out 10 guys with his bare hands without suffering a scratch. And Bruce Willis cracked fearless jokes while he single handedly defeated a small army in Die Hard.

The message? Man up. Do it yourself. And if you get hurt? Suck it up. Rub some dirt on it. Walk it off.

But sometimes an injury means you’ve torn or broken something you can’t walk off. At best, you hobble off supported by two people on either side.

However, here’s the truth. Sometimes you don’t have all the answers, resources, and strength. You hurt…maybe even cry. Need help and support.

We all do whether we want to admit it or not.

It’s actually harder to follow Jesus today than you think. Because standing up for Jesus makes you stand out. Easier to blend in.

And following Jesus does not mean handing in your manhood. It’s submitting to God through meekness—power under control. Harnessing your drive and ambition into a purpose-driven faith. And pursuing a life of character and integrity.

Finally, it takes personal courage and unity with other men. Because you will fall…struggle…and fight to keep going.

But I press on. Because the Jesus in scripture is someone I can respect and follow. And through the power of God, and the support of like-minded men, that’s what I will pursue.

I invite other men to join me.