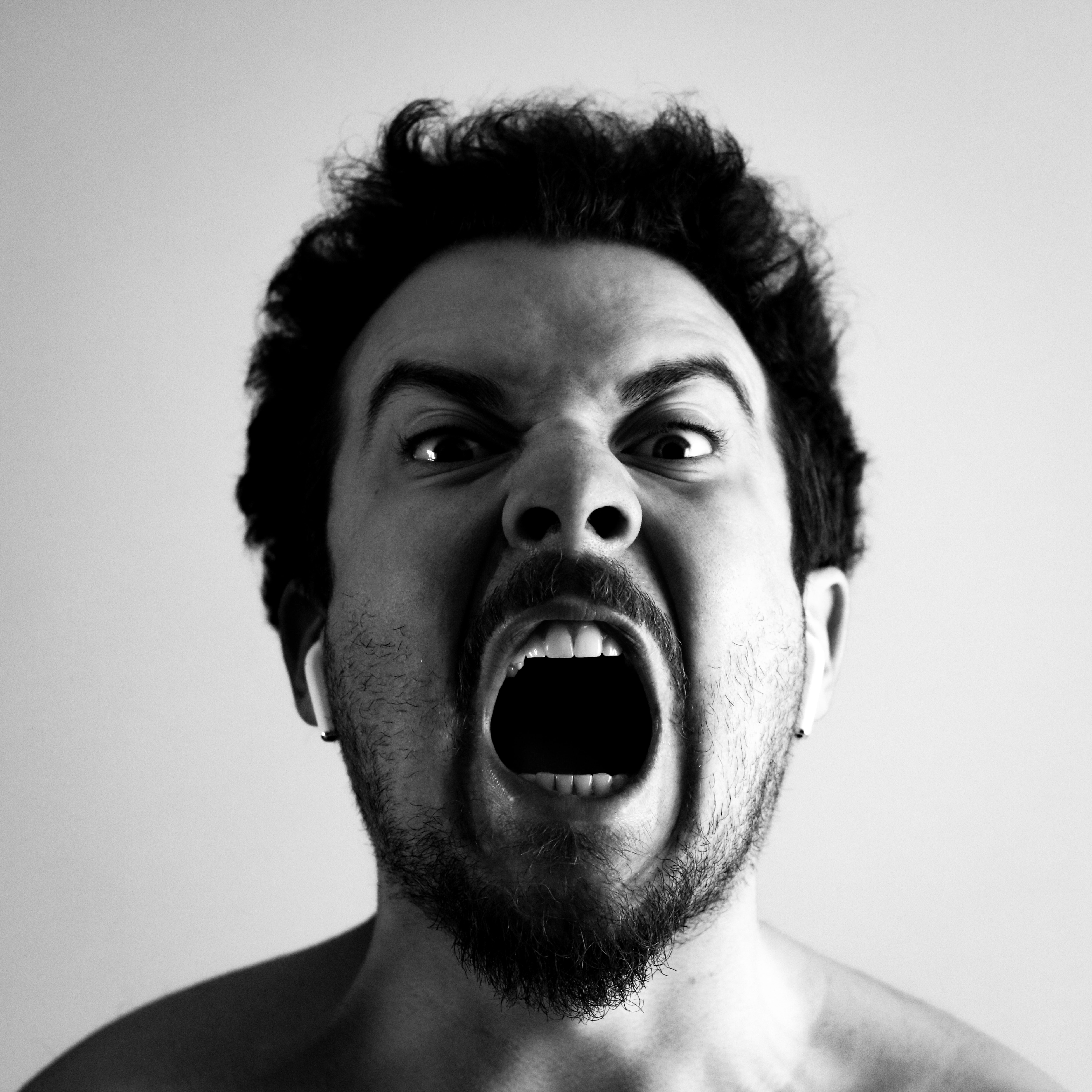 How Should I Respond To Angry People?

How should I respond to angry people? And not just a little angry. But a lot. Like boiling mad to irrational rage? Especially as a Christ-follower. I was confronted with this question in a recent experience that took me by surprise. And here are my thoughts about it.

I was the last car in a line turning left at a traffic light. We all turned on the green arrow although it changed to yellow as I went through. I was in no hurry as I headed towards another light a block away to make another left into a small strip mall.

A short distance from the light I heard the roar of an engine and squeal of tires. In my rearview mirror I saw the incensed, contorted face of a driver tailgating me. He had been waiting to make a right turn on the opposite side of the light and I now gathered, was morally offended by my left hand turn.

I responded in a perfectly calm and reasonable manner by throwing my car in park, jumping out and marching to the driver side window, throwing my hands in the air, and shouting, “What are you doing?”

It was completely reactive and impulsive on my part.

And if a brawny lad got out, it might be a problem. Although in my experience, brawny lads are seldom raging bullies, because they have nothing to prove. And true to form, this aggressive bully switched to victim mode and began video taping me on his phone.

So in case you see me on a social media post, please note my egregious act was making a legal left hand turn at a traffic light. But apparently, this driver on the opposite side of the light knew better.

Since he remained safely in his car, I returned to mine and turned into the strip mall as he now, bravely, continued to tailgate me, steering with one hand and video taping with the other. But drove on when I pulled into a parking space.

And here are some thoughts as I’ve had time to reflect and consider a more Godly response to angry people.

How should I respond to angry people? Maybe by offering compassion

People are on an emotional edge. Overwhelmed by stress, anxiety, uncertainty, and fear. Bottled up inside. And hidden so you don’t know who they are, what pressures are internally seething, or when a trivial incident will cause an eruption. Something troubling was already going on in the life of the driver I encountered. I simply triggered the explosion.

But I follow a compassionate God. Who instructs me to share the compassion I’ve received from him with others. It doesn’t mean I’m milk toast. Lay down and let people steam roll me. But to measure my response. And not view them as enemies. But people who are likely struggling. And probably need a friend. I don’t know what’s going on in their life. So maybe I should give them the benefit of the doubt.

How should I respond to angry people? Maybe by demonstrating joy

Joy doesn’t mean wearing a dopey grin on my face all day. Telling an angry person I’ll pray for them or have a blessed day. That seems patronizing. But it does include silently asking God for his strength and self-control in the heat of a moment. And the goal to act, rather than react to the other person. Or not respond at all, but merely drive on.

It’s not that I don’t have struggles and bad days. I have both. But joy is a fruit of God’s Spirit. Something I possess in spite of difficult circumstances. And difficult people.

It’s the result of living with hope. Because I know God is faithful to his promise. And as a child of that promise, I see an eternal future which radically changes how I see the present. And a sense of meaning that extends way beyond navigating the turn at a traffic light.

So I can choose joy. To act rather than react. And let God’s strength be revealed in my weakness.

How should I respond to angry people? Maybe by extending grace

Grace is an undeserved pardon. That’s me as a sinner before a holy God. I don’t deserve his love or forgiveness. But he extends it anyway through his grace. And as an unworthy recipient, I’m charged by scripture to extend it to others.

I forget this sometimes. Probably because I so quickly return anger for anger and seek to defend myself. Grace requires a supernatural response. Similar to compassion but so much more. Because compassion leads to understanding and acceptance. But grace leads to eternal life. Because grace is granted by God to all who believe in and follow Jesus Christ.

And that’s another message I can share. But no one will hear it if I’m shouting in anger.

It wasn’t my absolute worst response to an angry person. But through the power of God, I can do better.

Let’s hear your angry story along with thoughts on Godly responses.