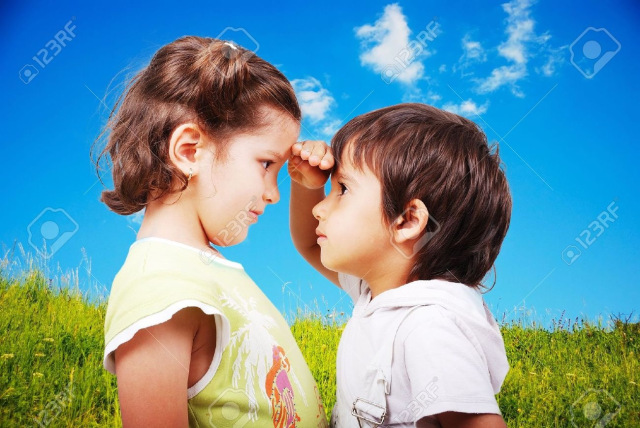 Theme: The love of Christ is incomparable. When you rest in His grace, you don’t need to compete.

Synopsis: Two grandfathers rooting for opposing soccer teams make it personal in a social competition of one upmanship that ends in friendship.

Don ENTERS carrying an old, fold-up lawn chair. He’s dressed informally and comfortably. He also has a small cooler with drinks and snacks. He unfolds the chair, and sits. He pulls out a little hand towel, drapes it over the chair handle to use as a napkin, pulls out a soft drink, and a box of cracker jacks.

Bill ENTERS carrying a collapsible chair in a carry bag over his shoulder. He looks dapper, dressed in a coat, tie, and sporting an umbrella. Don watches as Bill very carefully puts the chair down and moves it several times to position it just right. He pulls a feather duster out of the inside of his coat and carefully brushes it off. Then he sits down in a proper manner. But as he settles, it doesn’t feel right so he stands up and moves the chair again. He starts to sit again and remembers something else. He pulls a large can of lawn and garden bug spray out of his coat and methodically sprays a circle around the chair. Don watches it all curiously, but says nothing. Bill notices Don’s look and explains.

END_OF_DOCUMENT_TOKEN_TO_BE_REPLACED

Saints according to the Bible are not what you think. The hymn, "When The Saints Go Marching In" brings to mind a parade of morally superior people. But the Bible book of Ephesians describes saints another way. Here's how. Saints According To The Bible Are Described...